What Impact Will the New Tax Code Have on Home Values?

Posted on January 18, 2018 by marilynsellshollisterrealestate

Every month, CoreLogic releases its Home Price Insights Report. In that report, they forecast where they believe residential real estate prices will be in twelve months.

Below is a map, broken down by state, reflecting how home values are forecasted to change by the end of 2018 using data from the most recent report. 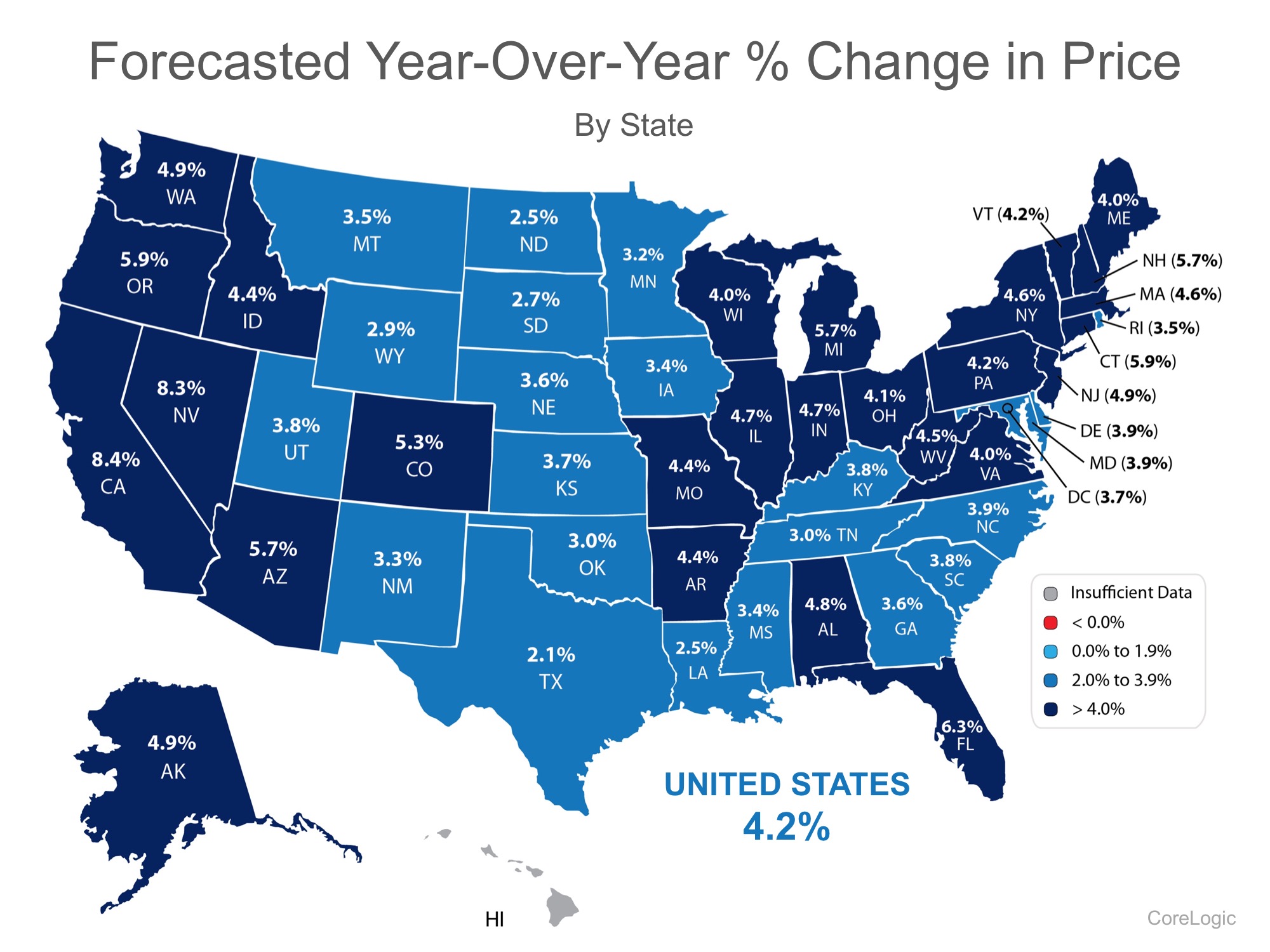 As we can see, CoreLogic projects an increase in home values in 49 of 50 states, and Washington, DC (there was insufficient data for HI). Nationwide, they see home prices increasing by 4.2%.

How might the new tax code impact these numbers?

Recently, the National Association of Realtors (NAR) conducted their own analysis to determine the impact the new tax code may have on home values. NAR’s analysis:

“…estimated how home prices will change in the upcoming year for each state, considering the impact of the new tax law and the momentum of jobs and housing inventory.”

Here is a map based on NAR’s analysis: 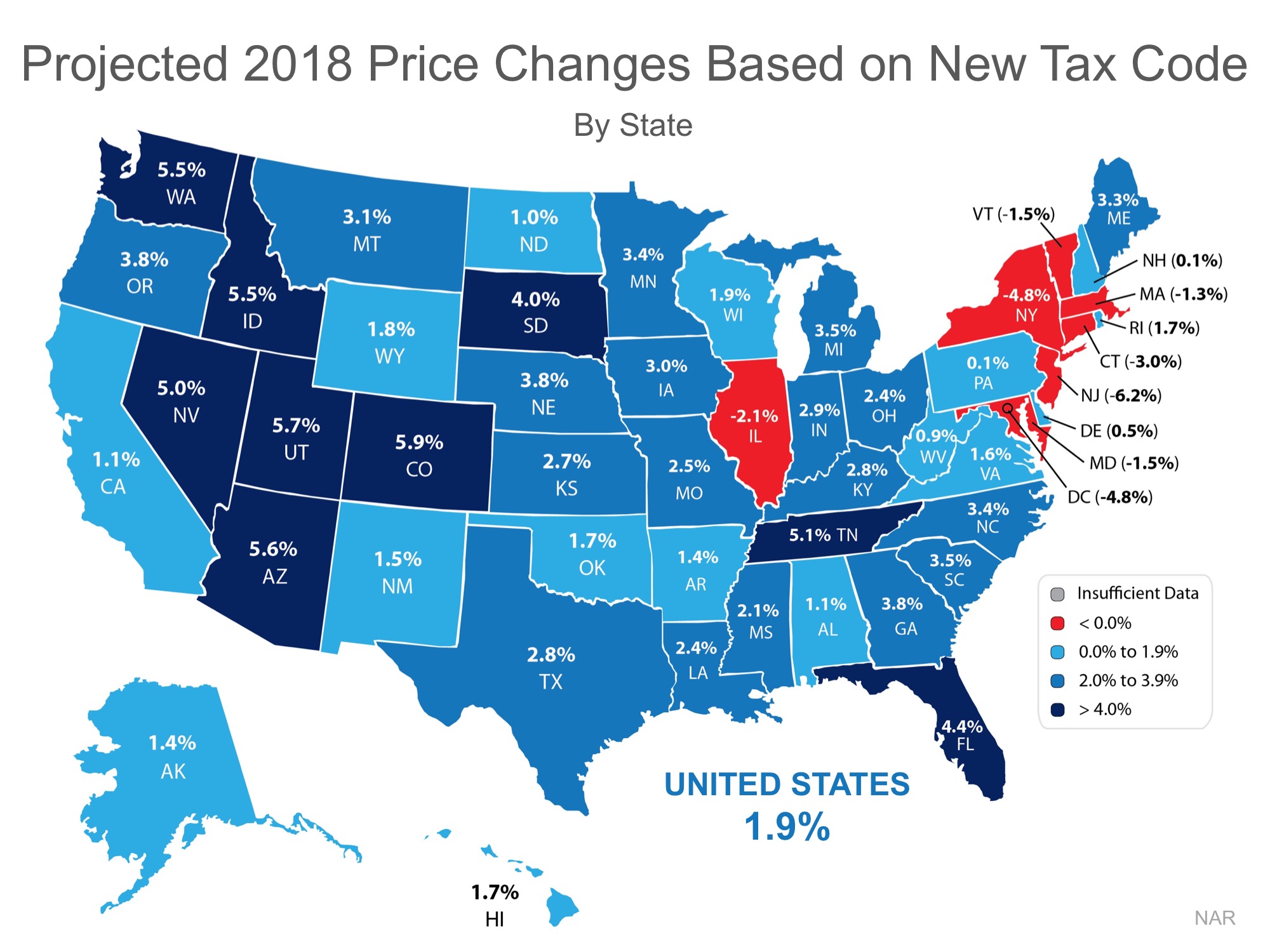 According to NAR, the new tax code will have an impact on home values across the country. However, the effect will be much less significant than what some originally thought.