Posted on August 14, 2018 by marilynsellshollisterrealestate

Will home values continue to appreciate throughout 2018? The answer is simple: YES! – as long as there are more purchasers in the market than there are available homes for them to buy. This is known as the theory of “supply and demand,” which is defined as:

“The amount of a commodity, product, or service available and the desire of buyers for it, considered as factors regulating its price.”

When demand exceeds supply, prices go up. Every month this year, demand (buyer traffic) has increased as compared to last year and for the first five months of 2018, supply (the number of available listings) had decreased as compared to last year. However, a recent report by the National Association of Realtors (NAR) revealed the first year-over-year increase in supply in three years.

Here are the numbers for supply and demand as compared to last year since the beginning of 2018: 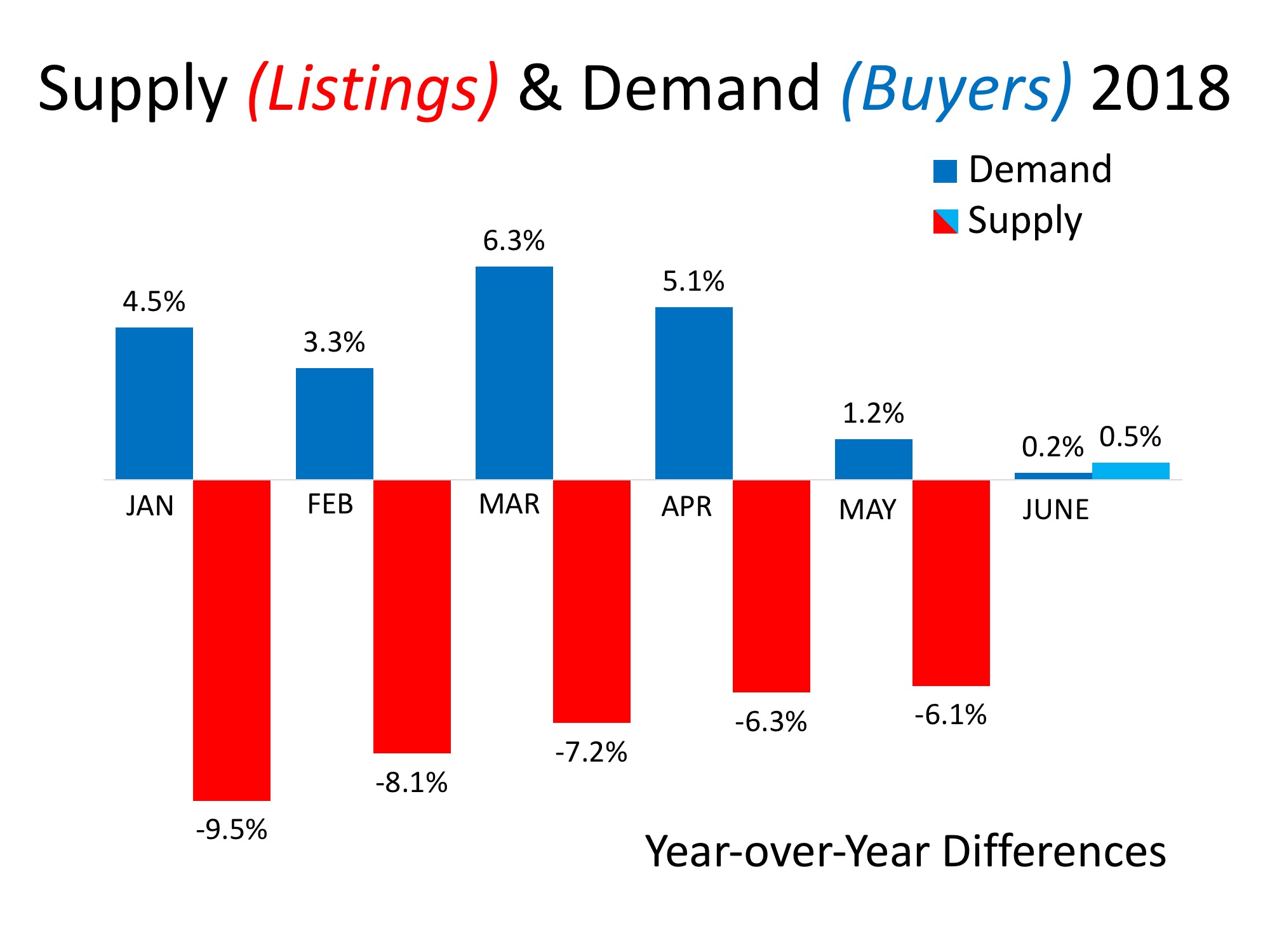 “It’s important to note that despite the modest year-over-year rise in inventory, the current level is far from what’s needed to satisfy demand levels.

Furthermore, it remains to be seen if this modest increase will stick, given the fact that the robust economy is bringing more interested buyers into the market, and new home construction is failing to keep up.”

The reason home prices are still rising is that there are many purchasers looking to buy but very few homeowners ready to sell. This imbalance is the reason prices will remain on the uptick.